After showing you several things I have done for children, today I take my last artistic quilt. Have you guessed what it is? 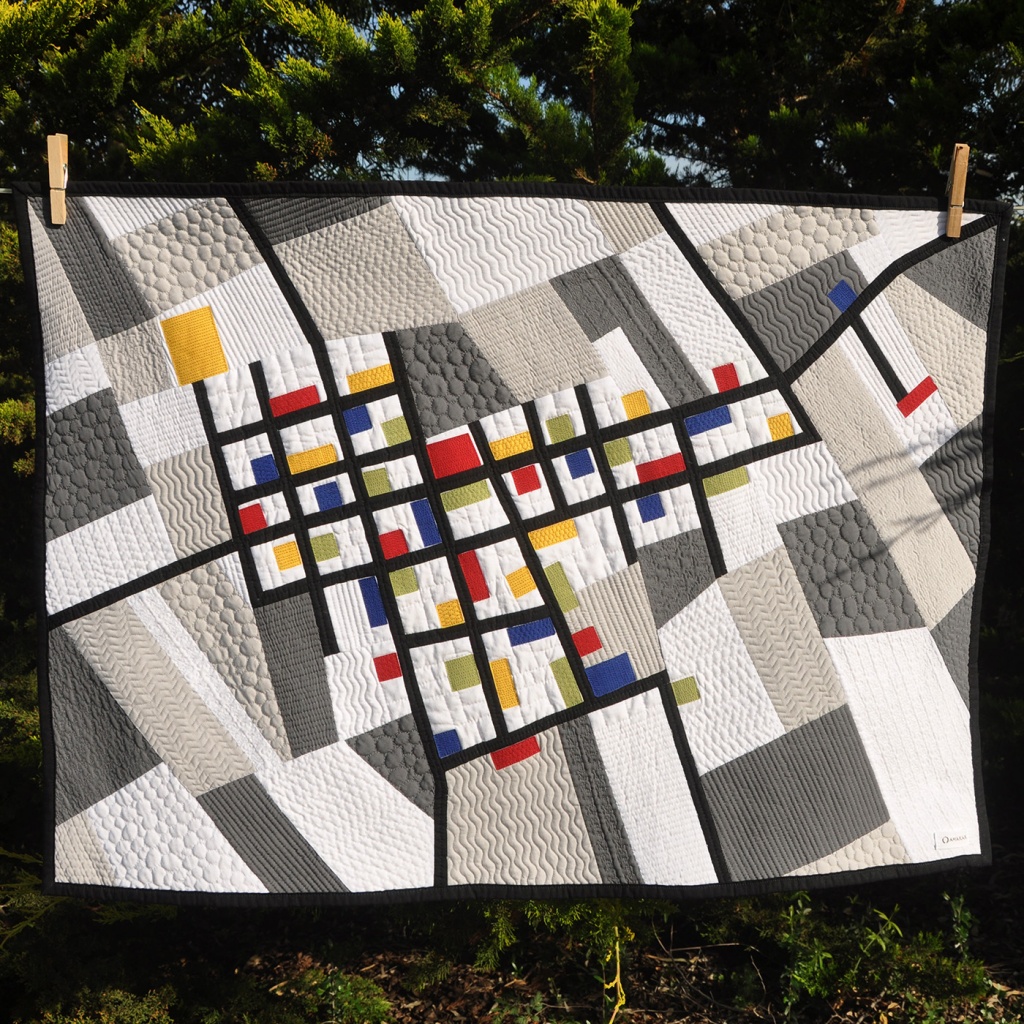 I’m certain that some of you will see it all at once.

It was some time that I had this idea in my mind and I did not even have the time and did not find the opportunity to do it. It was when we were invited to a wedding of a close relative who married a German girl and they went to live there, when I thought it would be the ideal gift, a gift to remember the beloved land, the hometown.

And yes, it is the map of a town, Cas Concos, the town where I live and where he lives before going to the north. I think it’s easy to see that it’s a town, in fact, when we gave him, he recognized it all at once. I hope they like it and remind them this little piece of Mallorca they visit from time to time.

Now I want to talk a bit about the quilt. I think it has been the quilt I have done so far to which I have spent more hours. It was a challenge to assemble all the pieces, and I tried to represent reality the best possible. With this milestone, I took the google map and made a screenshot that I used as a template for, with a drawing program, tracing all the streets, blocks and pieces of land that could be distinguished on the map. I left an alley that goes through the village, because it was too difficult for me to put it on. Also, the houses that are represented in the quilt are not the real ones, I made the football field, the church and the convent a little bigger, and then tried to place houses uniformly throughout the whole village but without loading the quilt too much.

The colors I chose were two shades of gray and white for the pieces of earth, which would form the base of the quilt and that would allow it to be placed in any room without interfering with the colors that had it. Black through the streets and roads, and for the houses four basic colors: yellow, red, green and blue, trying to distribute them in number and on the plane.

When I already had all the drawing prepared inside the computer I printed it in real size and cut some patterns on each piece of paper. I do not know if it is the most efficient way to do it but it was effective. With the papers in hand, I cut all the pieces of cloth to then unite them by zones. It was a real jigsaw puzzle! I think that I have never sewed and unsewed so often, but I finally managed to mount everything! Afterwards, I put the houses with the technique of application.

Already mounted the top of the quilt, I made the sandwich with the wadding and the back cloth and began to quilt. To make the quilt, I thought it would be nice for each piece of soil to have a different drawing, and as far as possible remind us of a piece of trees, one of plowed, one with cereals planted, one forest, etc. so thanks to the embroidery motifs that allow me to make my new ally and a few free motion quilts I had practiced before, I embroidered the entire quilt. In the streets, roads and roads I made a central line, in houses, streaks and thorns simulating roofs and tables, and on the blocks some pictures as if there were more houses.

Finally I put a black bies around it in order to highlight the interior, and it was finished!

I encourage you to look at it carefully and you will see the details of the padded ones. I think that the quilts should be made by drawing attention and make a look at them for a long time discovering new details and drawings at all times.

I am very happy about the result, so it was a challenge that I proposed and, despite the difficulties that I encountered on the road, I managed to finish it.

I hope you liked it!!! This is the last quilt that I have made and for now I have no other scheduled program. Until I do something else, maybe I have a new idea in the summer, I will show you more complement and children’s games that I have done over the last two years.

Informative article, totally what I wanted to find.

I’m happy it’s been useful to you. Now I’m working on a paper piecing pattern for this quilt. I have to test it and then it will be available.

Here it is the second test of the Origami Unicorn.

I’ve planned to show you the tests that have sew

Stuck at home? Looking for something to do? Take a 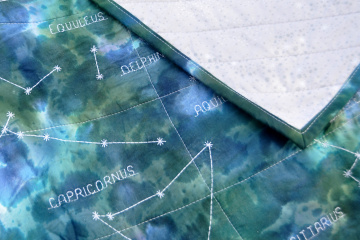 I have always been considered a dreamy person. I like to look at the stars and think about what should be beyond this small world that we inhabit. I believe that the cosmos in which Read more… 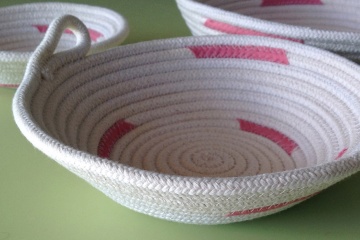 Hi again!! With this entry I want to make a compilation of all my elaborations that I have made these past Christmas and I have not mentioned in the previous entries. If you like and Read more… 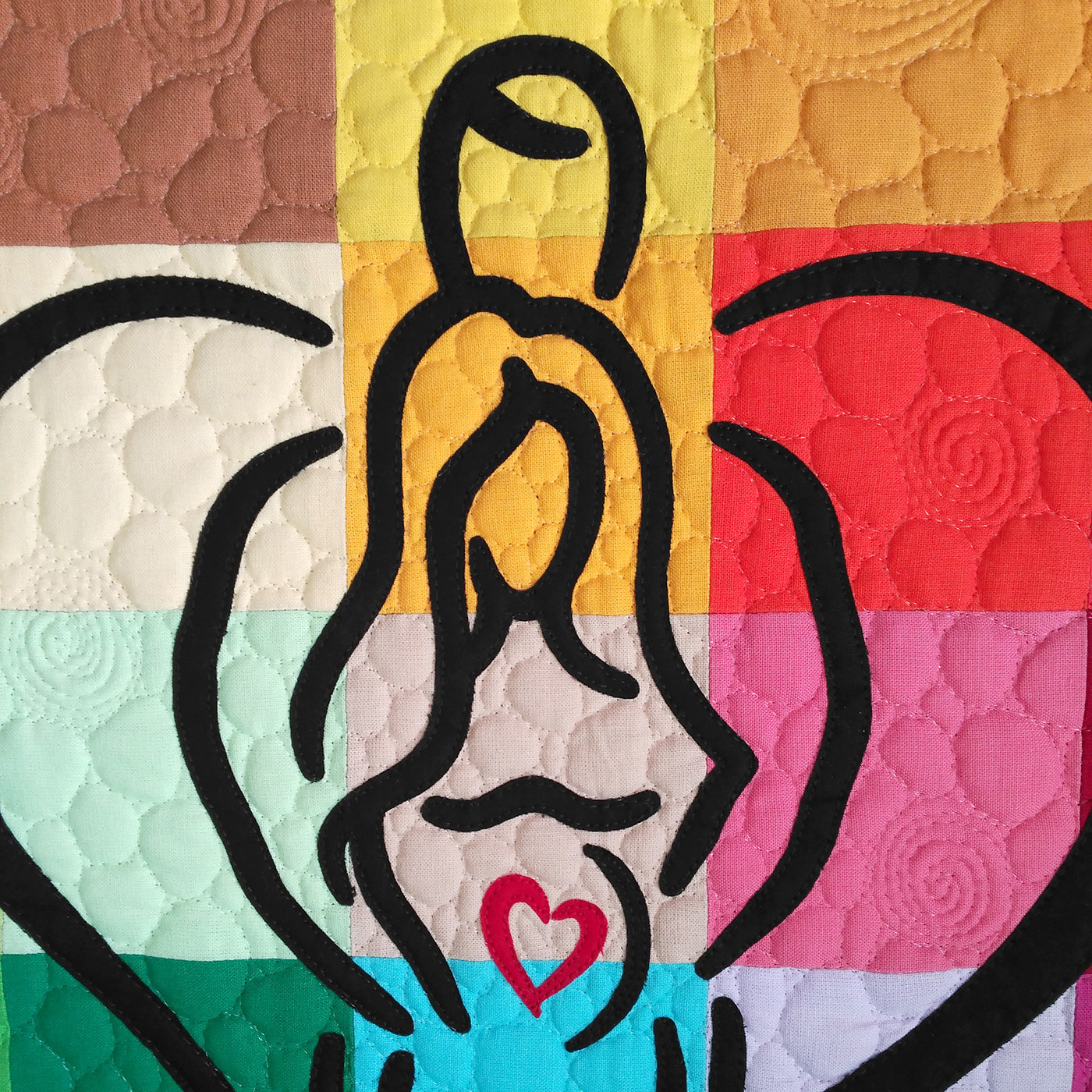 After a long time without making any entries to the blog, it’s time to update jobs that have been made in recent months. When I started thinking about how to introduce the quilt that I Read more…